Why so blue? - Methylene blue in Distributive Shock

Clinical Scenario:
You are working in Trauma Critical Care when a middle aged male with end-stage liver disease presents with altered mental status.  He is hypotensive  and tachycardic.  You resuscitate him with IV fluids, start broad spectrum antibiotics and initiate vasopressors.  You confirm a source of infection with a paracentesis. Despite multiple and escalating doses of pressors, the patient's blood pressure continues to fall.  You perform a RUSH exam, run through your differential diagnosis again, and confirm that all lines and tubes are connected appropriately.  As you prepare his family for the worst and sign him out to the ICU, your colleague suggests - what about methylene blue?  Is it worth a shot?

Clinical Question:
Is there a role of methylene blue in management of septic shock?

Literature Review:
Methylene blue was initially developed as a dye for the textile industry, then used as a stain for TB, treatment for malaria, treatment of cyanide toxicity, and more recently methemoglobinemia.  Typical dosing for methemoglobinemia is 1-2mg/kg of 1% solution IV.

In a recent review performed by the Toxicology Department at UCSD published in the Journal of Emergency Medicine in 2013, the authors presented the evidence behind the utility of methylene blue in the septic patient [1].

Methylene blue (MB) is useful in septic shock due to its ability to increase peripheral vascular resistance and its reversal of myocardial depression.  Its mechanism of action is thought to be due to inhibition of inducible nitric oxide synthase (up regulated by endotoxin and cytokines producing vasodilatory nitric oxide and guanylate cyclase (makes vasodilatory cGMP) [2,3].  There have only been two randomized controlled trials that studied MB in septic shock (n=20; n=30).  In these studies MB was found to increased mean arterial pressure (MAP) and decrease vasopressor requirements, but there was no statistically significant difference in survival rates.

Other studies reviewed for this publication were case series and case reports.  In these, varying doses of MB were used ranging from 1-3mg/kg over 10-20 minutes, which all increased MAP, systemic vascular resistance (SVR), and mean pulmonary arterial pressure.  However MAP and SVR returned to baseline 2-4 hours after MB administrations.

With doses greater than 4mg/kg or rapid or prolonged (greater than 6-10 hrs) infusion, potential side effects of MB use includes serotonin syndrome reaction (if already taking serotoninergic agents, MB inhibits monoamine oxidase), methemoglobinemia (if G6PD deficiency, or at high doses MB acts as oxidizer instead of reducer), platelet aggregation/reduction, and vasoconstrictive effects with possible decreases in splanchnic perfusion and arterial oxygenation (do not use in ARDS or pulmonary hypertension) [1,3,4].  The clinical effects of MB persist for 2-3 hours (half-life=102 minutes) and should be preferably administered centrally as peripheral administration can cause cutaneous necrosis [3,4].

IV lidocaine for analgesia in the ED?

Clinical scenario:
You’re in the midst of a busy evening shift, when out of the corner of your eye you think you notice a patient you just took care of a few days ago. You check the board, and sure enough you’re right. She is an unfortunate female in her 20's with a history of SLE complicated by both  ESRD on dialysis and recurrent VTE. She also has chronic recurring chest pain of unclear etiology. She has had several full cardiac workups and CT imaging which have yet to reveal an etiology of her recurring pain. She tells you the pain is identical in character to her prior presentations. It is not associated with SOB, diaphoresis, lightheadedness, palpitations, or N/V. The patient is not interested in further diagnostics, and flat-out refuses admission, further CT imaging, or cardiac testing. She just wants some relief from her pain. In the past, hydromorphone at relatively high doses has been somewhat effective, but your attending is wary of continuing to provide high-dose hydromorphone at frequent intervals during your patient’s repeated ED visits. He suggests IV lidocaine may be effective for your patient.

Clinical question:
Is IV lidocaine a safe and effective parenteral analgesic alternative to narcotic pain control in the ED?

#FOAMed digest No. 9: For the Visually Oriented 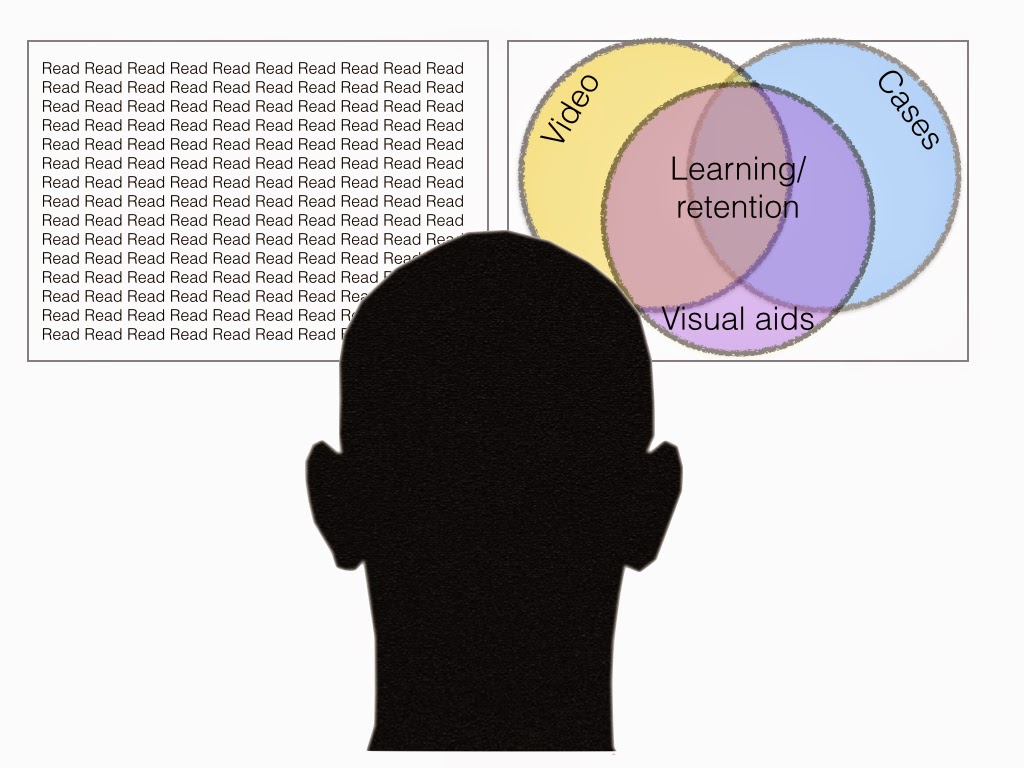 As was discussed in conference by Jason Wagner last week, and brought up by EM Curious in this tweet, 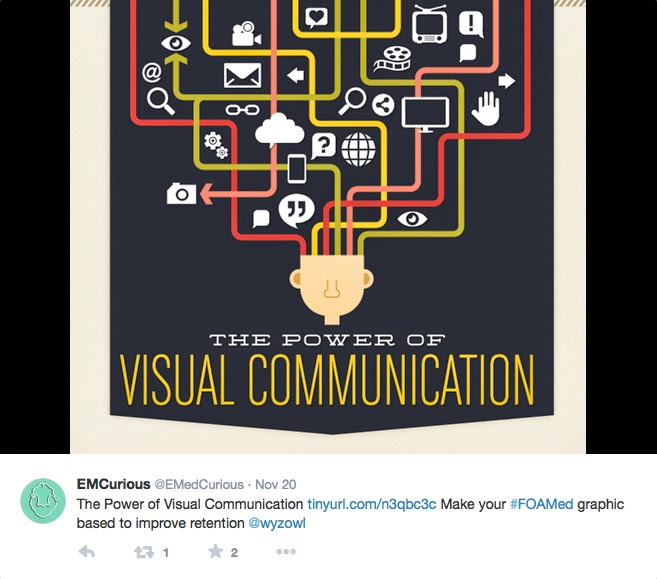 humans are visual learners and there is little substitute for an image when it comes to retention of information.   Therefore, the focus of this installment of the #FOAMed digest is on visually-oriented FOAMed resources - from static visual aids, to procedural videos or talks.  Since I think the same applies to Case-based learning (I know that I personally learn best from cases that I have seen or heard of), I've thrown some of that in too. 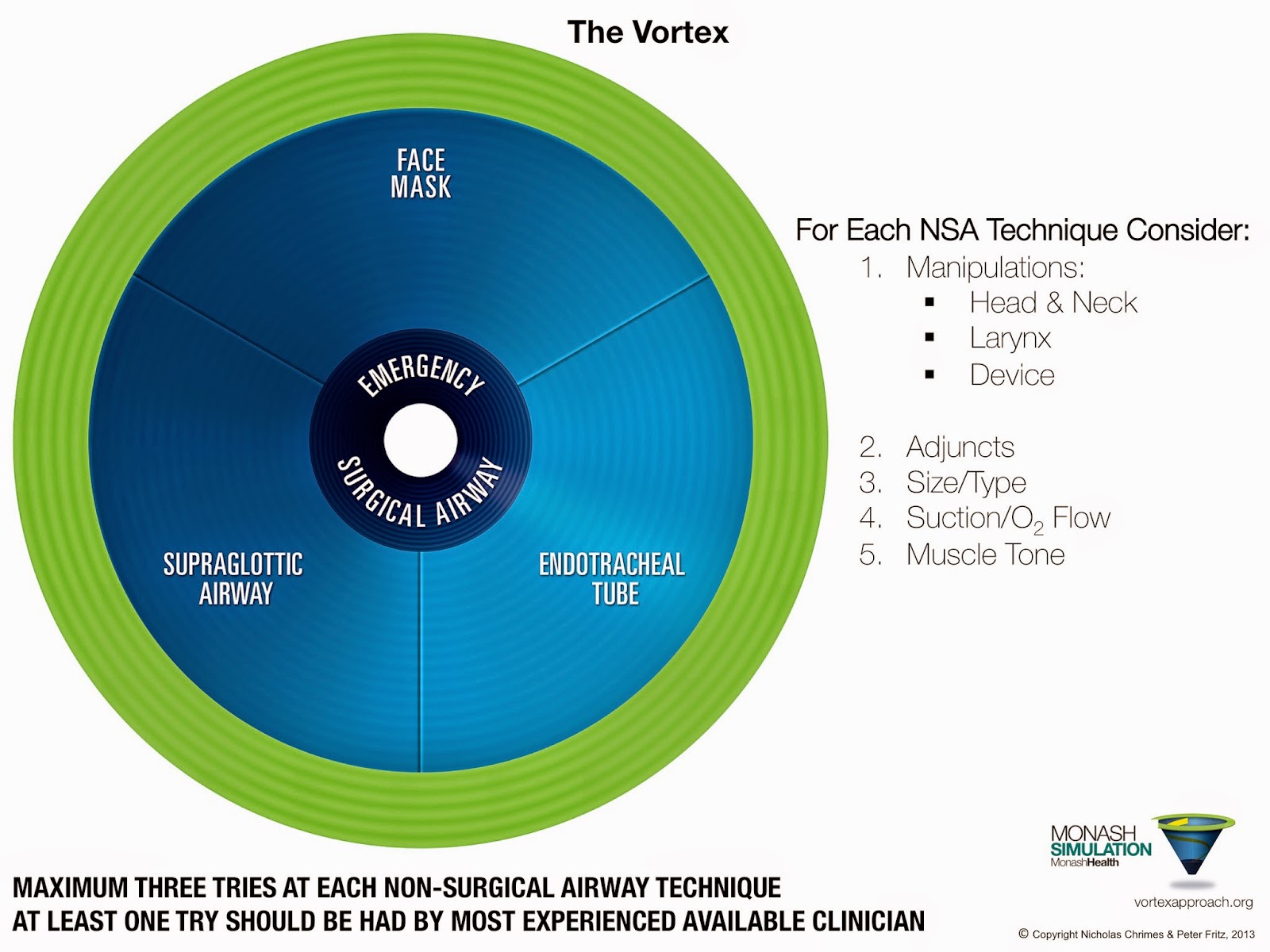 Visual aids: EMCurious has created some wonderful visual aids that allow you to navigate patient management, evidence based medicine and #FOAMed content. I particularly like these infographics on management of Afib with RVR in the emergency department or this infographic on vasopressors in septic shock.   For a simple visual algorithm (and cognitive aid) on managing the difficult airway, check out the vortex approach (I recommend watching the video as it explains the image).

Ultrasound : It would be impossible to properly teach ultrasound without case examples and visual demonstrations.  There are some excellent online resources to enhance your ultrasound learning.  Laura Wallace (@labellalaura) recommended the Ohio State ultrasound website for tutorials on common US exams.  If you like a little entertainment with your ultrasound, check out the emc to learn about ultrasound findings and pathophysiology of both cardiac tamponade and PE.  For the combination of case-based learning and excellent videos, be sure to add the ultrasound of the week to your weekly to do list.  I particular liked this case of a patient with lung cancer and shortness of breath because it gave me good reminder to look at everything in the ultrasound image (sorry for the sort-of-spoiler alert).

Procedures:  Much like my husband did when he fixed the dishwasher,  I have used YouTube when refreshing on a procedure before doing it in the ER.  I have also watched procedural videos in anticipation of having to do the procedure (such as this set of emcrit central line videos the night before my first TCC shift as an intern).  As far as #FOAMed procedural videos, EM Curious has a "procedures club" of videos for those less frequent but high-stress ED procedures, including ED thoracotomy , lateral canthotomy, and crichothyrotomy.  Our own PD, Jason Wagner, has made this video of simulated perimortem C-section.

EM Basics & Board Review: The possibilities for this category are endless.  Here are a couple resources that may be helpful.  For case-based and visual learning, Northwestern has an excellent site for Orthopedics review, complete with case scenarios and excellent X-ray images.  For board review in general, see the EM Board review blog - here is a link to a rapid fire review you may want to watch before the inservice.  If flashcards are your thing,  here is a link to a flashcard host site for board review flashcards based in Rosen's shared by Boring EM. 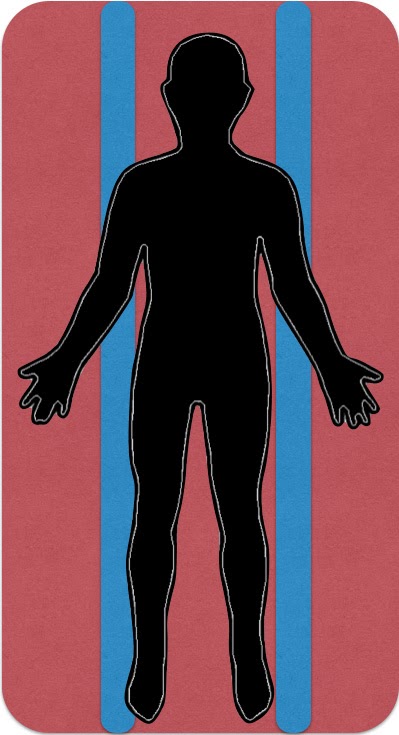 On being human - Sometimes we need to be reminded that we are human and our patients are too.  To me, when it comes to medical error and mistakes, individual cases motivate me for change more than any jumbo jet analogy.  I think we all have some cases where we sat down to think about (or lay in bed awake at night wondering) what we could have done differently.  Here are talks, by both doctors and patient families, on mistakes that happen and what we can do better:
The story of Elaine Bromiley
Doctor's make mistakes - Can we Talk About That?
Transparency and Truth in Medical Errors

Enjoy the tour,
Maia Dorsett, PGY-3 (@maiadorsett)
Posted by Unknown at 8:54 AM 1 comment:

Clinical Scenario:
A 22 year old was running in the park when she accidentally rolls her ankle on the uneven ground.  There is significant swelling over the lateral malleolus that is tender to palpation.  She is unable to bear weight on her ankle so you obtain x-rays, which are normal.  As you are about to send her home, you debate what is the best treatment for her ankle.

Clinical Question:
In a severe ankle sprain, what is the preferred treatment – ace wrap, aircast brace, or air walker boot?

A study released in the Lancet in 2009 compared 584 participants with severe sprains who received a below-knee cast for 10 days, ace wrap, aircast brace, or an air walker boot.  The patients were followed up at 3 months and assessed for quality of ankle function, pain, symptoms, and activity.  The superior method of treatment was the 10 day below-knee cast (when compared to the ace wrap) for overall quality of ankle function (mean difference 9%; 95% CI 2.4-15.0).  The aircast brace was also found to improve quality of ankle function compared to ace wrap and air walker boot, but was not superior with regard to pain, symptom, or activity.  The air walker boot was not superior to the ace wrap.  Another study from 2005 compared ace wraps to the aircast brace for lateral ankle sprains and also found that the aircast ankle brace was superior to an ace wrap at 10 days and one month. In a systematic review published in Sports Med in 2011, they too concluded the superiority of an ankle brace over an ace wrap with regard to functional outcome.

Take home points:
-The most practical approach is to offer an aircast brace, which has been shown to offer better functional outcome compared to ace wrap and air walker boot.
-In severe ankle sprains, short below-knee cast immobilization resulted in the best functional outcome

Email ThisBlogThis!Share to TwitterShare to FacebookShare to Pinterest
Labels: Orthopedics

EKG Challenge #4 Case Conclusion: In Syncope, You Can't Miss These

You are riding along with EMS when you get a call for "difficulty breathing".  You enter the house to find fire department already on scene performing CPR on a high school age male.  The paramedics give 2mg of intra-nasal Narcan without response.  The patient is placed on the monitor and the following rhythm strip is obtained:

The patient is defibrillated x 2 with ROSC and his post-defibrillation strip:

After return of pulses, the patient is bagged on transport to the emergency department.  An additional 2mg of narcan is given IV without effect. A 12 lead EKG is obtained: 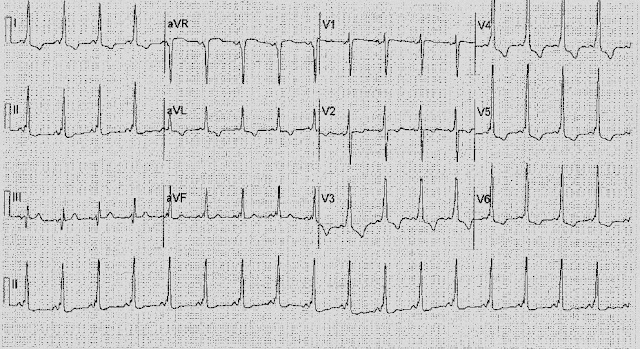 On evaluating the EKG, you are struck by the short PR interval and up-sloping of the QRS.  You review the initial rhythm strip and identify an irregular and fast (~ 300 bpm) consistent with atrial fibrillation with a wide QRS. You call Cardiology, who agrees with your diagnosis of WPW.