As Low As Reasonably Achievable

Your patient is a 40-something female who has never been to your facility before but reports a history of chronic abdominal pain of undetermined etiology. She has had an appendectomy and a cholecystectomy. She is now presenting with two days of right-sided cramping abdominal pain associated with nausea without vomiting and lightheadedness. Screening labs protocoled by the triage nurse are unremarkable, and a bedside RUQ ultrasound is negative for significant pathology. After two doses of morphine she is still visibly uncomfortable in the stretcher. The team is reticent to pursue further diagnostics, but given the fact that she currently carries no diagnosis for her symptoms and is still in considerable distress, and the lack of any prior imaging in your EMR, the decision is made to order a CT abdomen/pelvis with contrast.

Given the fact that the pre-test probability for finding significant pathology in this patient is low, how worried should you be about exposing your patient to further ionizing radiation? 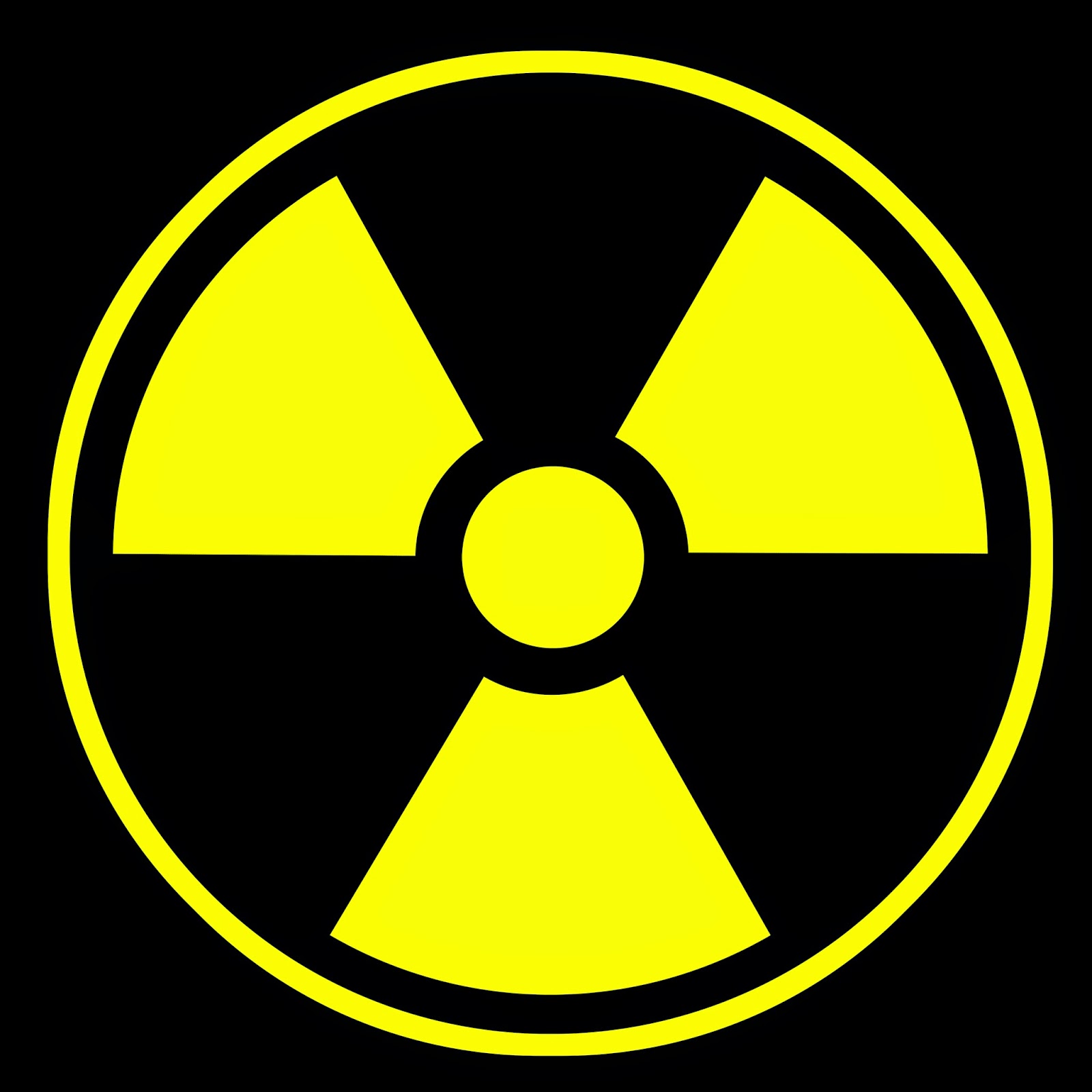 Several groups of experts, including the American Association of Physicists in Medicine, the National Council on Radiation Protection & Measurements, and the US FDA, all report the median effective dose of ionizing radiation (IR) from an abdomen/pelvis CT (the most common CT ordered in the US) as 8 - 10 millisieverts (mSv) [1]. This is compared to 0.065 mSv for a two-view chest X-ray, and 0.42 mSv for a screening mammography series [12].

At the risk of turning this into a physics lecture, the Sievert is the SI unit of measurement for “dose equivalent” and for "effective dose" of radiation. “Dose equivalent” includes a weighing factor that accounts for the relative biological impact of different types of radiation. “Effective dose” takes this a step further, by utilizing weighing factors to account for the relative effect of radiation on different types of tissues. It represents the probability of cancer induction, and is commonly used in medical research. Conventionally, “effective dose” is used to measure low doses of IR which carry the stochastic (i.e., somewhat random and not entirely predictable) risk of inducing malignancy. This is in contrast to high doses of IR that cause deterministic effects -- what we would consider radiation poisoning -- that are certain to occur with exposure to high levels of IR. These exposures are typically measured in Grays, the SI unit of absorbed dose (simply the mean energy imparted to each unit of mass). For more detailed information on radiation quantities and exposures, click here.

So when should we be concerned? There is no "safe" dose of radiation. We are all exposed to a certain level of "background" radiation which probably leads to a certain rate of malignancy all on its own; any exposure to IR beyond this can only increase this risk. Thus the radiation safety doctrine of "As Low As Reasonably Achievable" governing IR exposure.

The National Academy of Sciences' National Research Council published phase 2 of its Biological Effects of Ionizing Radiation (BEIR) VII report in 2006. In this report, the group gathered available biological and epidemiological data related to human IR exposures. This included survivors of the atomic bomb blasts in Japan during WWII, people who lived close to nuclear power accident sites, workers with occupational exposures, and patients who underwent medical radiologic studies [2]. The breadth of available data suggest that increased cancer risk is associated with acute exposures of 10-50 mSv, and protracted exposures of 50-100 mSv [3]. Data also suggest a "linear, no threshold" dose-response relationship -- again, no "safe" level of IR exposure exists and any exposure, no matter how small, carries a nonzero risk of developing malignancy [2].

It doesn't take a particle physicist to see that the high end of the commonly reported dose of a CT scan overlaps with the low end of the dose range leading to increased malignancy. While the absolute risk of developing malignancy from a single CT scan may be quite low, the sheer number of scans performed would suggest that, from a population standpoint, many new malignancies are being induced by medical imaging.

Indeed, a group of authors used radiation risk models from the BEIR report to estimate incidence of future cancers resulting from the 72 million CT scans performed in the US in 2007 (excluding those scans performed on patients already diagnosed with cancer or those performed in the last five years of a patient's life) [4]. They concluded that approximately 29,000 new cancers (95% CI 15,000 - 45,000) could result from these scans, with the largest contributor being CT scans of the abdomen & pelvis with 14,000 new cancers (95% CI 6,900 - 25,000). About a third of these projected cancers resulted from scans performed on patients aged 35 - 54, and 15% from scans performed on pediatric patients less than 18 years old. Lung cancers were projected to be most common, followed by colon cancer and leukemia. Two thirds of cancers were projected to occur in females.

Two chief limitations affect all of these studies. First, they all rely on BEIR VII models of lifetime attributable risk. Unfortunately, accurately quantifying risks directly would require long-term follow-up of very large patient populations. The BEIR VII models are based on direct evidence of the carcinogenic behavior of IR in other populations, such as nuclear accident & atomic bomb survivors. As such, they likely represent the best models we have for estimating long-term risk of IR in medical imaging. In fact, in vitro studies suggest that the form of IR utilized in medical imaging (x-rays) may have even greater potential to damage cellular DNA than gamma rays (the primary form of IR released in atomic bomb blasts) [4].

The second limitation to the prior studies is that they almost universally relied on estimated doses of IR from the various scans, with the majority falling in the previously-suggested 8 - 10 mSv range. Practically speaking, it is nearly impossible to truly quantify the IR absorbed by a human body in a CT scanner. Some degree of estimation & calculation will always be necessary, but most of the aforementioned studies relied on previously-published estimates of dose or dose estimates from "phantom studies," not exams performed on actual patients.

In 2009, a group of authors in San Francisco attempted to more directly quantify the radiation dose of common CT study types, compare intra- and inter-site variability, and determine what impact this variability has on attributable cancer risk [10]. They estimated this effective dose using the Dose-Length Product, which is recorded as part of the CT scan metadata. The DLP is an approximation of the total energy a patient absorbs from the scan, determined by multiplying the energy absorbed from a single slice (the CT Dose Index or CTDI) by the total length of the body scanned. The authors combined the DLP with details of the area imaged and used conversion factors to translate this into an effective dose. This approach is used elsewhere in the literature, and is described in a report by the American Association of Physicists in Medicine's report on The Measurement, Reporting, and Management of Radiation Dose in CT [11]. They also utilized methods & risk estimates published in the BIER report to calculate the lifetime attributable risks of cancer above baseline based on the magnitude of a single exposure.

Based on the study group's data, doses of many scans were significantly higher than the commonly-reported 8 - 10 mSV. Abdomen/pelvic CTs had the highest radiation doses, ranging on average from 15 - 31 mSv. The corresponding median adjusted lifetime attributable risk of cancer was 4 cancers per 1000 patients. For a routine abdomen/pelvis CT with contrast, one attributable cancer would be expected for every 470 scans of 20-year-old females, or for every 870 scans of 40-year-old females. These numbers are even more concerning for multiphase scans (e.g., angiography studies), which impart effective doses up to 90 mSv based on the authors' calculations. At this end of the scale, a 20-year-old female undergoing multiphase abdomen/pelvis CT could face as high as a 1/250 risk of cancer attributable to the scan. One of the takeaways from this study was that the same CT scan type could yield effective dosages with over 13-fold variability between sites, or even between different scans on the same equipment.

The American College of Radiology addressed these concerns in their White Paper on Radiation Dose in Medicine in 2007 [13]. In this document, the ACR acknowledges that effective dose of commonly-used CT scans may exceed 10 - 25 mSv. They further state that, while there are no hard data as of yet showing an increased incidence of cancer with CT scans, the boom of CT ordering has just occurred in the past 5 - 10 years, and cancer due to IR usually does not occur until 1 - 2 decades or longer after exposure.

Overall, data suggest that anywhere between 1 - 3% of cancer cases in the US may be due to exposure to IR from medical imaging [4,13]. The ACR White Paper states that the massive increased use of CT scanning in the past decade "may likely result in an increase in the incidence of imaging-related cancer in the US population in the not-too-distant future."

Faculty commentary:
Dr. Richard Griffey, Director of Quality and Safety for Washington University Emergency Medicine and evidence-based diagnostics advocate, had this to add:

“One of the things people often ask/wonder about…is what strategy makes sense on an individual patient level?

Take-home:
- While it is highly impractical to conduct a longitudinal study of cancer incidence based on exposure to medical imaging, based on the best data we have it is highly likely that such exposure will lead to tens of thousands of new malignancies in the future.
- The risk of malignancy is most pronounced in females, and is inversely proportional to age.
- Patients undergoing repeat CT scans are almost certainly exposed to a level of ionizing radiation that increases their risk of cancer above baseline.
- It is our responsibility as patient caregivers to be responsible in our ordering of CT scans and other studies that expose patients to ionizing radiation. They carry a nonzero risk of harm which must be weighed against possible diagnostic yield.

Email ThisBlogThis!Share to TwitterShare to FacebookShare to Pinterest
Labels: Imaging