A middle age woman with  a history of chronic kidney disease and hypertension presents with chest pain and altered mental status. Paramedics note that she is having decreased responsiveness, moaning to questions, and stating only that she has pain everywhere.  Her blood pressure is 230/165 on arrival.  She is alert and oriented only to self with an otherwise nonfocal neurologic exam.  Head CT is negative for intracranial hemorrhage.  As you work through your differential, you wonder how should the diagnosis of hypertensive encephalopathy be made?  How should it be managed in the emergency department and what is the prognosis for patients who have a hypertensive crisis like this patient?

Literature Review:
In a patient with altered mental status in the setting of severe hypertension (systolic >180 or diastolic >120), a hypertensive emergency needs to be on the differential, which is defined by signs of acute end-organ damage in the setting of severe hypertension.  Examples of end-organ damage include altered mental status, pulmonary edema, elevated troponins, and acute kidney injury.  Approximately 1-2% of people with HTN will have an episode of hypertensive encephalopathy in their lifetime, which may manifest as headache, nausea, vomiting, and confusion [1]. 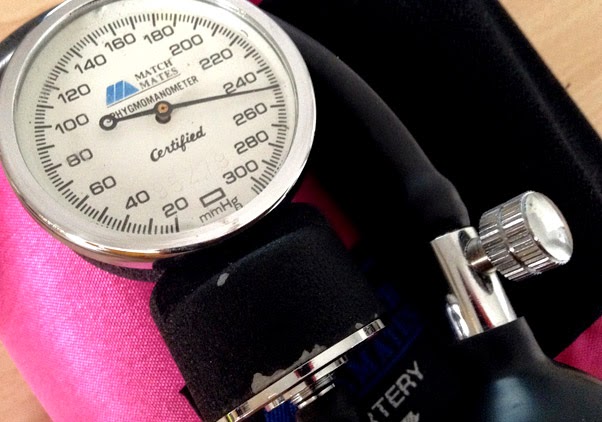 Prognosis for hypertensive emergencies is variable.  In 2009 Katz et al. looked at 1,568 patients presenting with SBP >180 or DBP >110 or those with SAH and SBP >140 to evaluate practice patterns, mortality, and complications. Over 50% required more than one anti-hypertensive for blood pressure control. In-hospital mortality in this group was 6.9%, with 90 day mortality of 11%.  59% had acute worsening of end organ damage during the hospitalization. Hypertension has a high health burden, as 37% of the patients analyzed were re-admitted with-in 90 days, of which over 25% were due to repeat “severe hypertension” [4].  Of course, patients do much better if they can take their blood pressure medicines consistently, and this was demonstrated as far back as 1958 where an old study by Dustan showed that without any anti-hypertensive treatment, the survival at 1 year for those admitted for hypertensive encephalopathy was 10-20%.  However, with adherent treatment, 5 year survival rates were 70% [5].

Hypertensive encephalopathy is a diagnosis of exclusion, retroactively diagnosed after symptoms resolve with lowering blood pressure. BP should only be lowered 10-20% in the ED. Patients with HTN encephalopathy have an in hospital mortality between 6-11% at 90 days. Mortality reduction is related to long term compliance with antihypertensives.